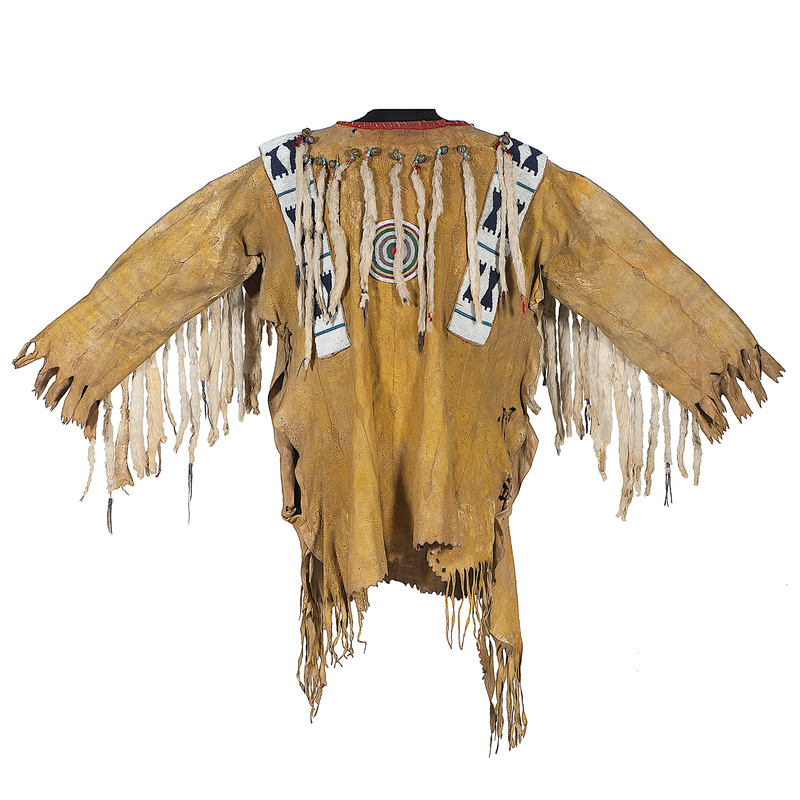 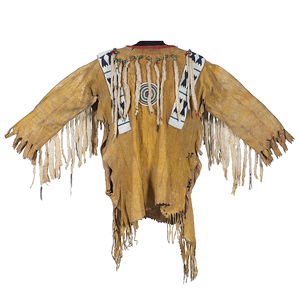 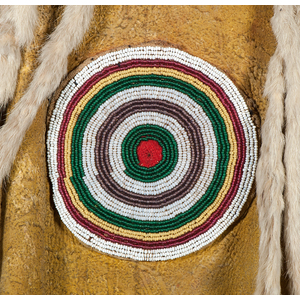 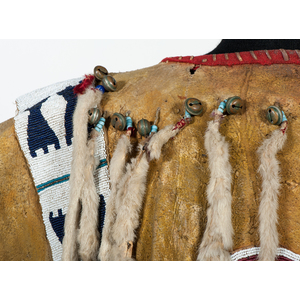 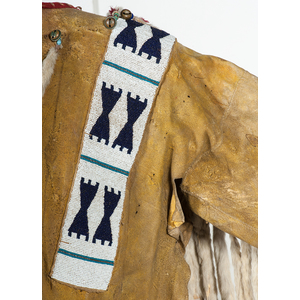 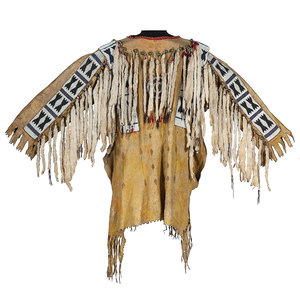 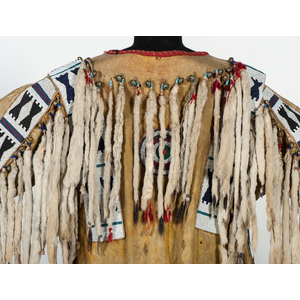 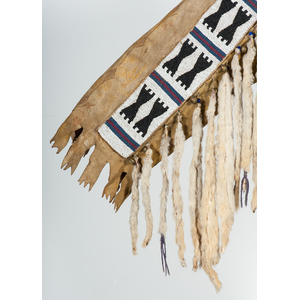 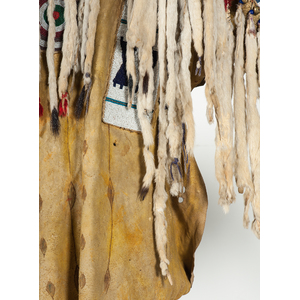 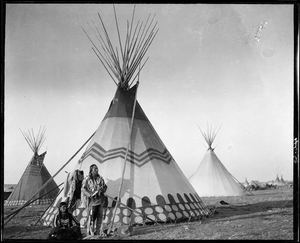 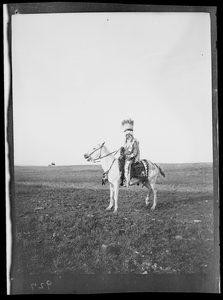 Cream Antelope (Blackfoot, d. 1936) was a leader among the Blackfoot in the late 19th and early 20th centuries. He became a focus of a federal expedition, in which Walter McClintock (1870-1949), a photographer for the US government, recorded Cream Antelope singing traditional songs and photographing him in front of his tipi.  James Mooney describes Cream Antelope’s tipi, as the Thunder Tipi. The zigzag lines represent lightning, and is reference to the guardian spirit its original owner had received in a vision (Nabokov, Easton 1988: 161, 162)

The two images illustrated, were taken by Walter McClintock in 1904 and 1909, and show Cream Antelope wearing this shirt.  The leggings in lot 226, can be seen hanging from the travois poles behind him.

John M. Phillips (1861-1953), a cunning engineer and industrialist, was a leading conservationist in Pittsburgh and the state of Pennsylvania.  He expanded his love of nature and wildlife to the West and spent much time in British Columbia.  In 1901, his passion for preservation resulted in the creation of the first game sanctuary of British Columbia, Goat Mountain Park.

Provenance:Collected by John M. Phillips (1861-1953) and descended through the family.