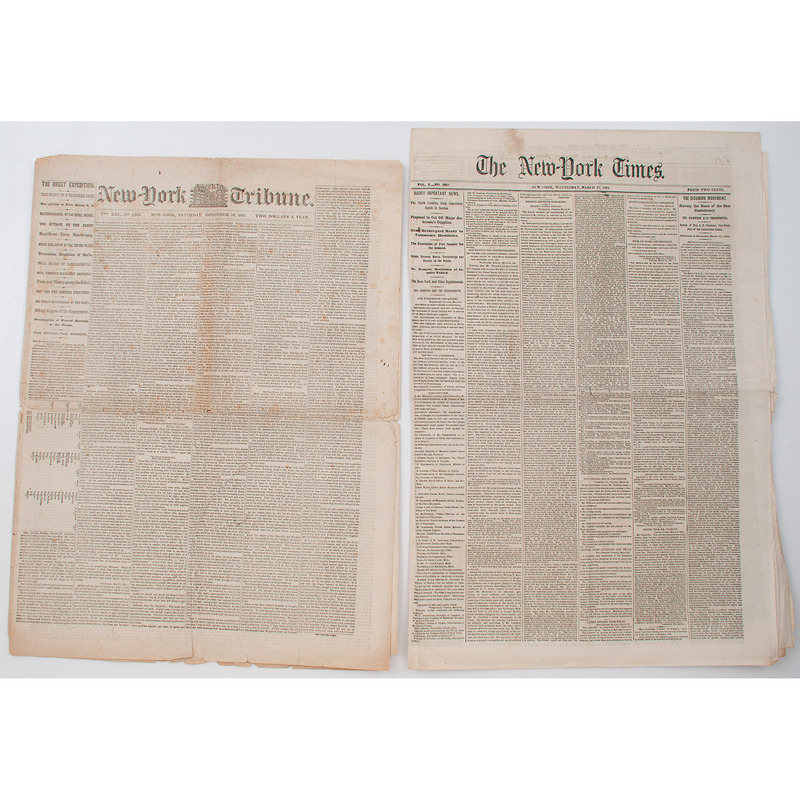 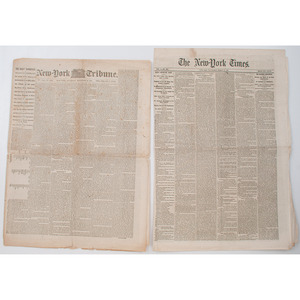 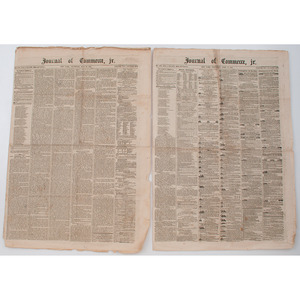 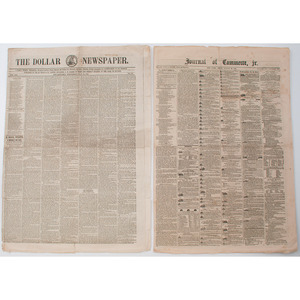 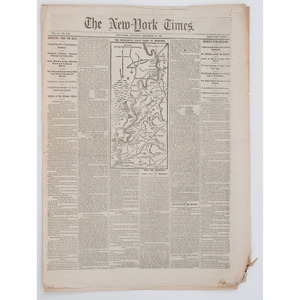 The New-York Times, March 27, 1861, Vol. X, No. 2968, 8pp. Column 1 - "The South Carolina State Convention Again in Session. / Proposal to Cut Off Major Anderson's Supplies / Gen. Beauregard Ready to Commence Hostilities.../Gov. Houston and the Sessionists." One of the few mentions of the situation in Texas. And, of course, Major Anderson's supplies were cut off and Beauregard did commence hostilities - just two weeks later. Column 6 states what many tried to deny - "Slavery the Basis of the New Confederacy," although many maintained it was about "states' rights," not slavery.

Journal of Commerce, jr. April 17, 1961, Vol. XV, No. 6593, 4pp. Homefront affairs, mostly commercial, including arrival of ships, etc. Interestingly, no mention of war, though that would certainly affect commerce - eventually.

Journal of Commerce, jr. July 18, 1861, Vol. XVI, No. 6672, 4pp. The first paragraph begins: "We have just passed through a decade remarkable for brilliancy and the rapid growth of our country in wealth, the development of its resources and general progress. From our career of brilliant progress we appear suddenly at the close of the decade to have taken the retrogressive path and plunged into a condition of ruined fortune and the barbarous atrocities of civil war."

The Dollar Newspaper, Philadelphia, July 24, 1861, Vol XIX, No. 30, 4pp. "A Family Weekly Periodical - Devoted to Literature, Science, Domestic and Foreign News, Mechanics, Agriculture, Education, Finance, Amusements, &c. - Independent on all Subjects." The first page contains a novelette, but the second page has to deal with the war - in this case the defeat at Manassas.

The New-York Times, December 14, 1861, Vol. XI, No. 3192, 8pp. Front with map of "The Mississippi, From Cairo to Memphis." Below is an article "Down the Mississippi." Focus on troops pouring into Kentucky, in preparation for a large battle. Inner pages with other war news.