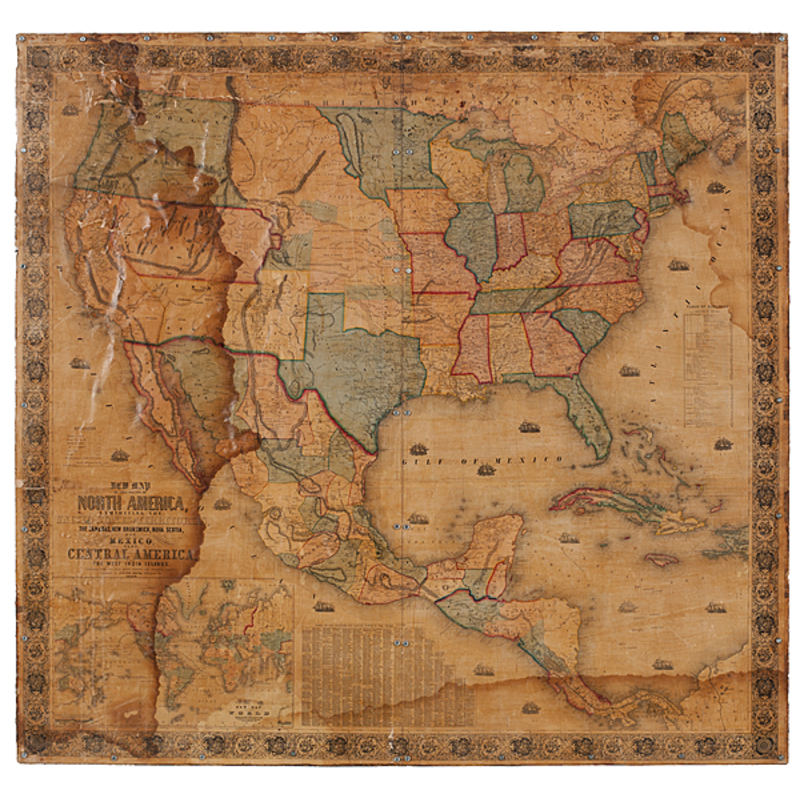 Monk, Jacob. New Map of that portion of North America Exhibiting the United States and Territories, the Canadas, New Brunswick, Nova Scotia, and Mexico also Central America and the West India Islands. Baltimore: Jacob Monk, 1853. Wall map, 57 x 60 in., hand-colored, mounted on linen. Large insert of the world in Mercator projection, plus table of counties and towns with over 1000 names. This copy no longer mounted on rollers. This appears to be the early 1853 edition, since the proposed territory of Nebraska is not designated. (Rumsey No. 601) Only Indian nations exist in the central portion of the map, but their territories are carefully located and colored as if they were indeed independent nations. Decorative borders, numerous sailing vessels on the high seas.

Condition:Water stain along left 1/4 of map, lighter stain upper right. Extensive cracking of upper 10% or so where it was once attached to the roller. A few small areas have flaked off, with some paper loss. At present mounted under 2 sheets of Plexiglas to hand-made wood frame with 44 screws, including a double row down the center. Although the screws penetrate the map, they are less distracting than one would think.