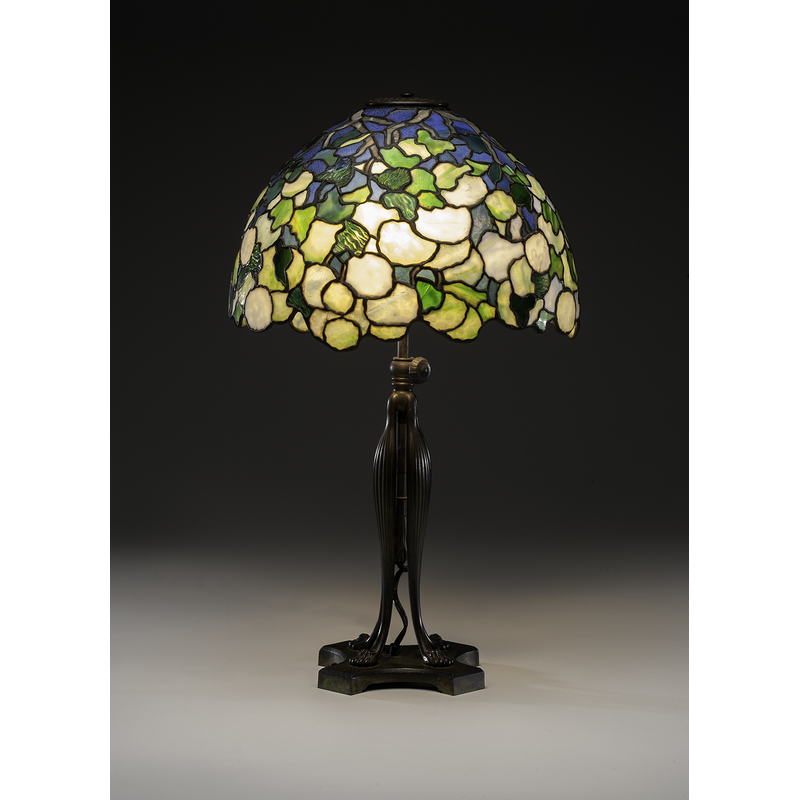 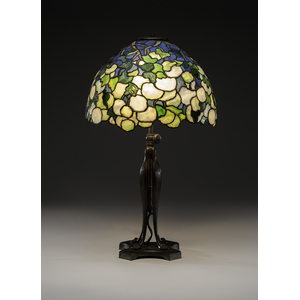 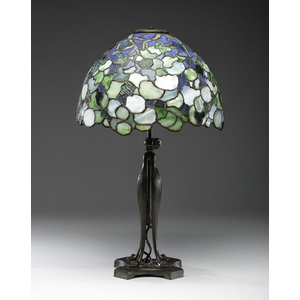 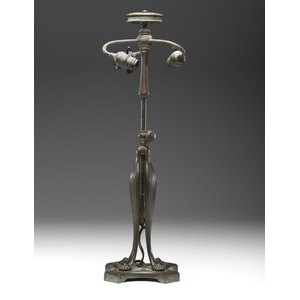 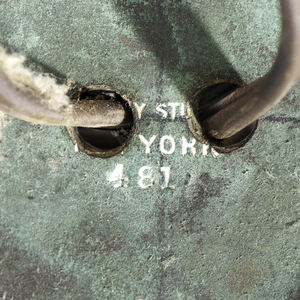 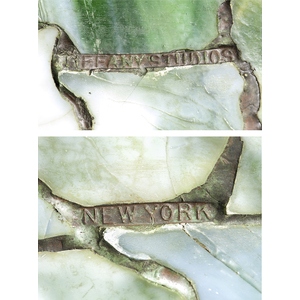 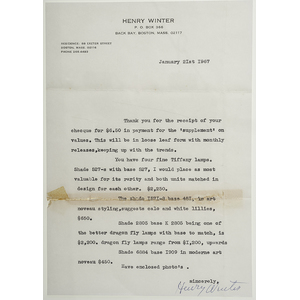 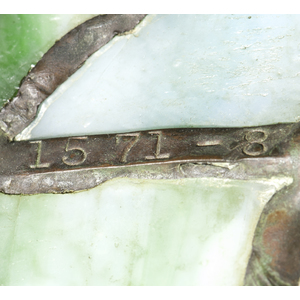 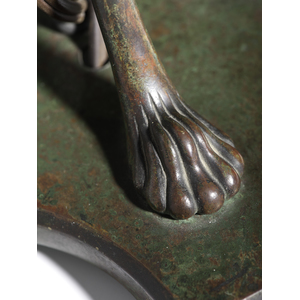 American, ca 1905-1910. A table lamp by Tiffany Studios with a leaded glass snowball or guelder rose shade, of tall dome form with irregular edge, marked on interior Tiffany Studios / New York / 1571, and a bronze standard, model #481, with adjustable central rod enclosed by four partially reeded supports terminating in paw feet and resting on a cross form base, impressed mark on underside; oah. 26.75, base wd. 7.5, shade dia. 15.25 in.
Lot includes correspondence to the previous owner from Harry Winter, dating from 1966-1967. During this time, Winter was preparing to publish The Dynasty of Louis Comfort Tiffany, which he mentions in one letter. Also included is a letter from 1967 in which Winter appraises the snowball lamp for $650.

The guelder rose, or snowball bush, design, described by Louis Comfort Tiffany's daughter as one of his particular favorites, was discontinued in 1910, resulting in their rare appearance at auction. The pattern of the shade resembles sections of two stained glass windows, ca 1898, one from the dining room at Laurelton Hall, now in the Morse Museum, and another exhibited at the Paris Exposition of 1900.