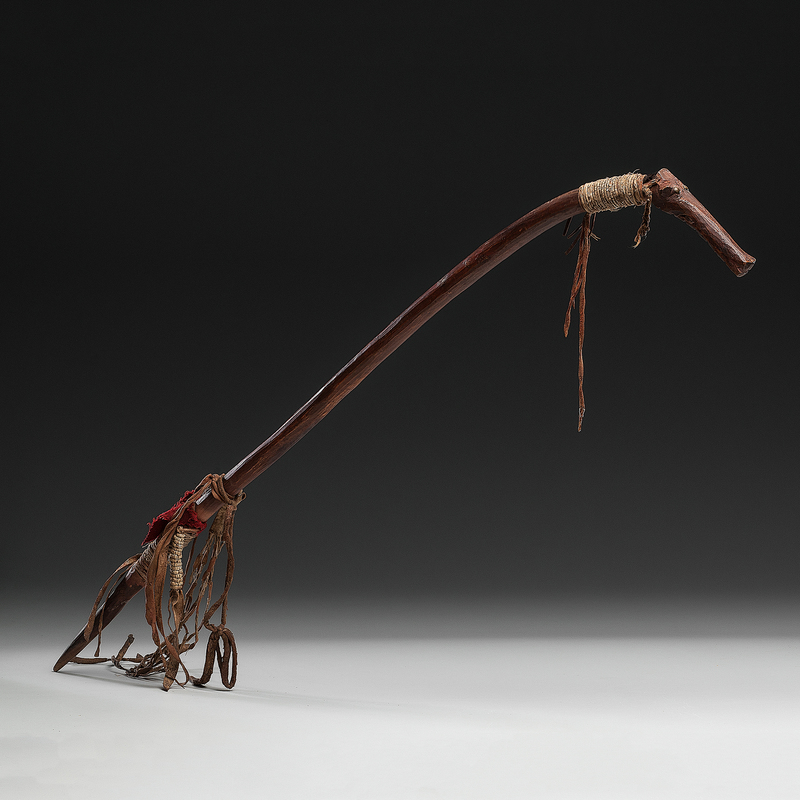 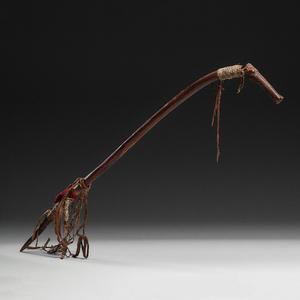 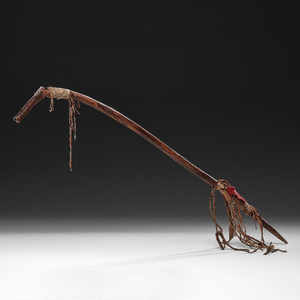 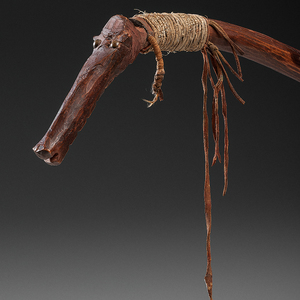 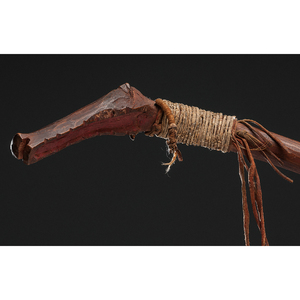 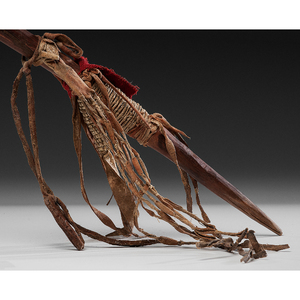 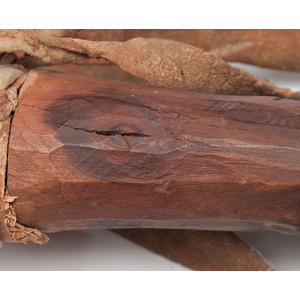 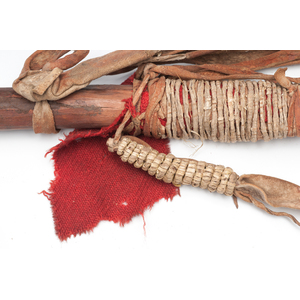 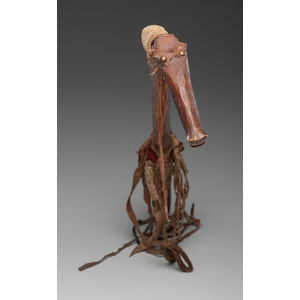 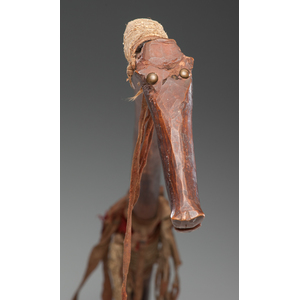 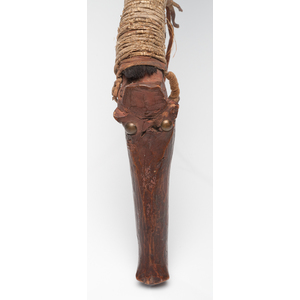 carved of a single piece of tapering wood; having one end crafted into the form of a horse’s head, head is detailed using brass tacks for eyes and red pigment under jaw; throat is wrapped with a white quilled hide thong and trailing fringe coated in red pigment; opposite end of staff is embellished with additional quillwork and red wool, length 38 in.

The Tomahawk Society was an age-graded military society, and the third highest ranked of the Arapaho societies.  Each society possessed special duties, ritual knowledge and paraphernalia that was acquired when one passed from one age grade to another.   Passing from the Kit Fox, to the Tomahawk Society, members acquired these "sticks" as symbols of their regular membership.

Mauer, citing Mooney recorded that in battle, Tomahawk Society members "carried sticks carved at one end in the rude semblance of a horse head, and pointed at the other.  In desperate encounters they were expected to plant these sticks in the ground in a line in front of the body of warriors and to fight beside them to the death unless a retreat should be ordered by the chief in command" (Mooney 1896, pp. 87-88 cited in Maurer 1992: 146).

A similar example is curated in collections of the American Museum of Natural History (Catalogue No. 50.2/2567) and published in Maurer (1992: 146, fig. 82). An additional example curated at the Museum of the American Indian, Smithsonian Institution, is illustrated in Fowler 2001:845, b).

Mooney, James 1896.  The Ghost Dance Religion and the Sioux Outbreak of 1890. IN Pt 2 of 14th Annual Report of the Bureau of American Ethnology for 1892-93.  Washington. Government Printing Office.