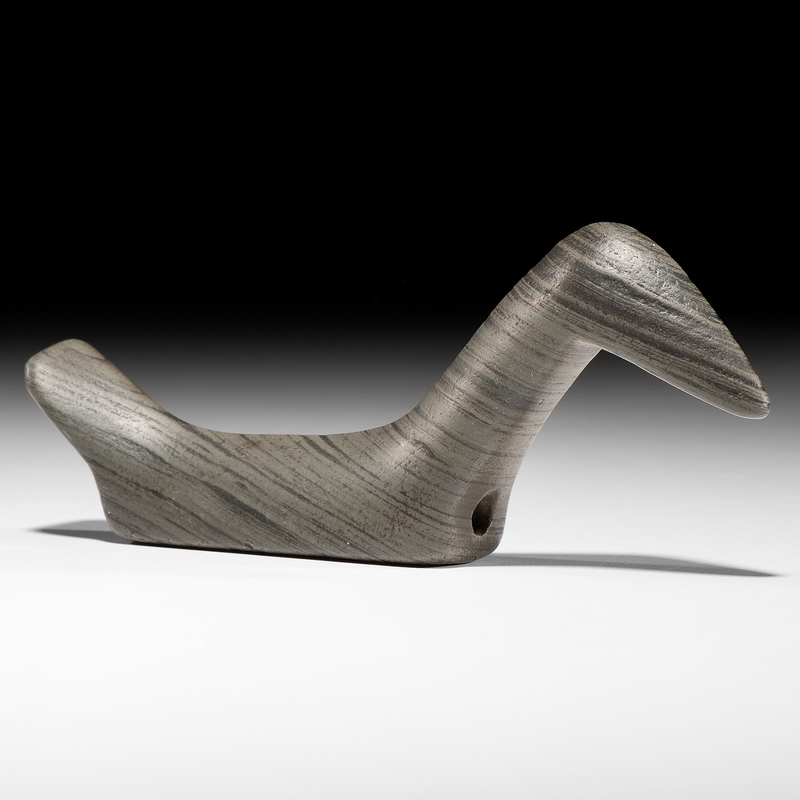 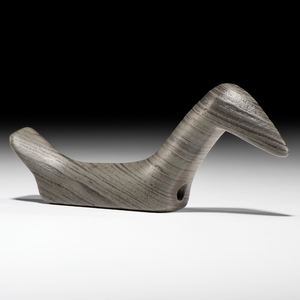 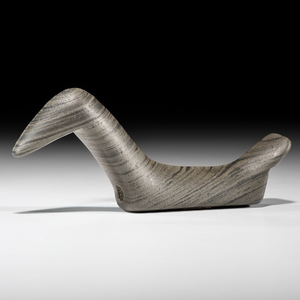 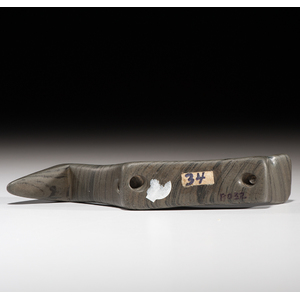 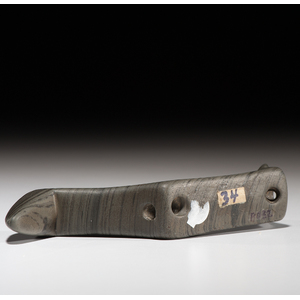 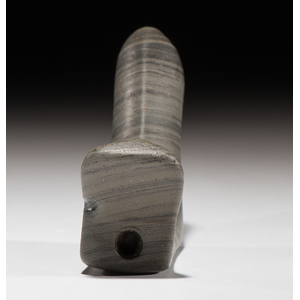 Made from highly-banded dark green slate, utilizing the natural band to extraordinary effect.  This birdstone has a long and distinguished historical record and has resided in some of the finest birdstone collections ever assembled.

The first known collector was Dr. Rollin H. Bunch of Muncie, Indiana.  Before his death in 1948, Bunch, a three term mayor of Muncie, assembled an extraordinary collection of the highest quality of prehistoric art.  Past owners include Hugh Young, Clem Caldwell and Steve Fuller. Like others in the Sorgenfrei collection, this birdstone is illustrated in Townsend's 1959 Birdstones of the North American Indian.