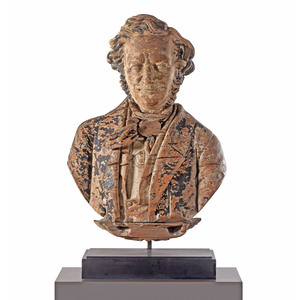 Exhibited:
New York, Museum of American Folk Art, The Hunt for the Whale, 1967. 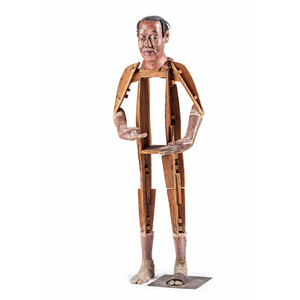 In the 19th Century, these Chinese tea shop mannequins were sent along with your tea order, if the order was large enough. In fact, the figure's torso, which holds the detachable arms and legs, appears to be made of parts of a shipping crate. 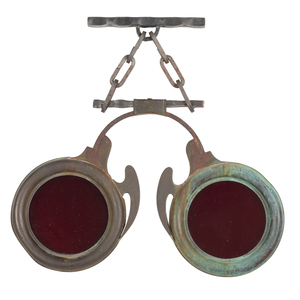 with wrought iron chain and bracket. 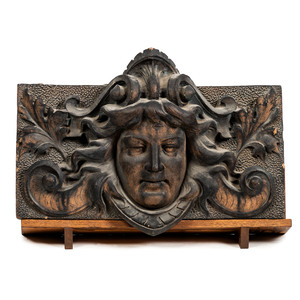 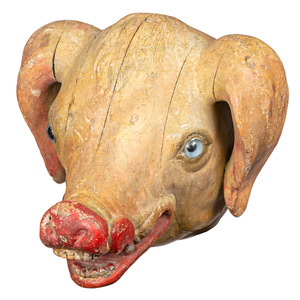 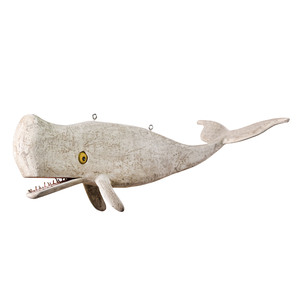 from a Camden, Maine seafood restaurant. 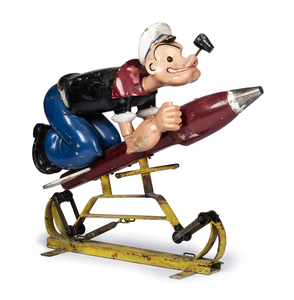 on an iron, spring-loaded base. 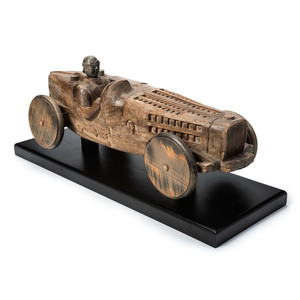 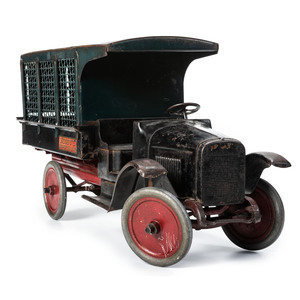 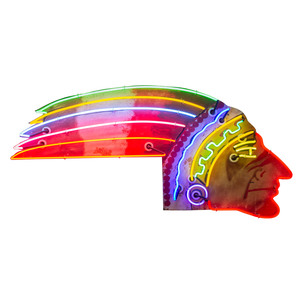 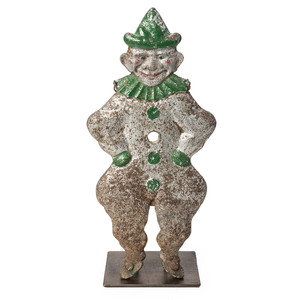 set on an associated stand. 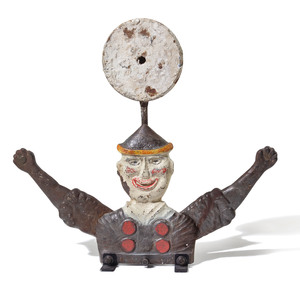 with articulated arms and target. 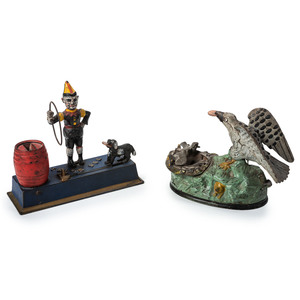 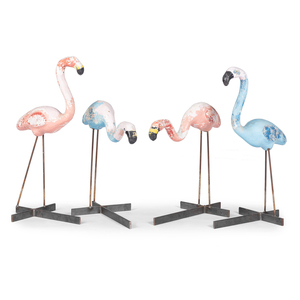 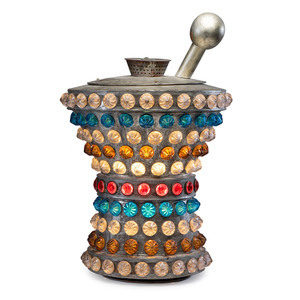 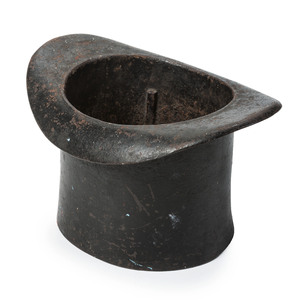 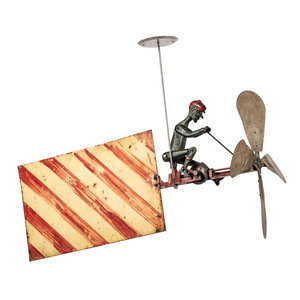 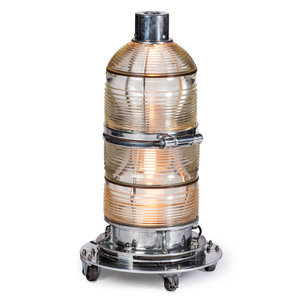 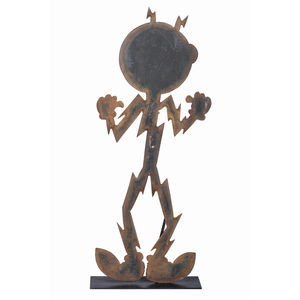 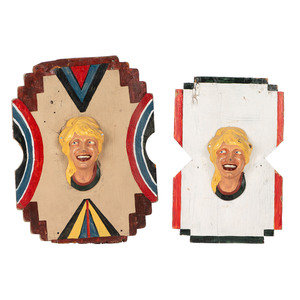 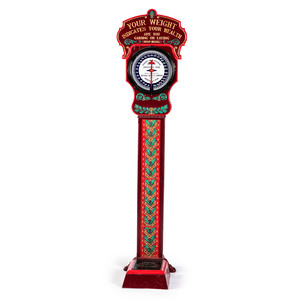 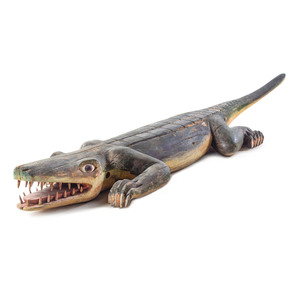 AUCTIONEER'S AMENDMENT* A Carved and Painted Wood Alligator, Likely not American, Late 20th Century
we now believe this to be a late 20th Century carving, likely of non-American origins. The inscription is likely later and unrelated to the actual maker. 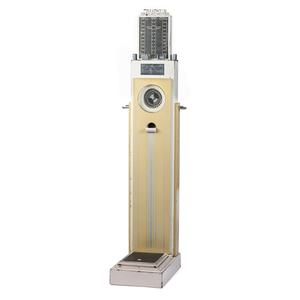 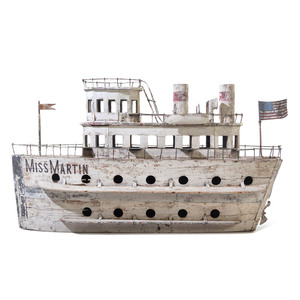 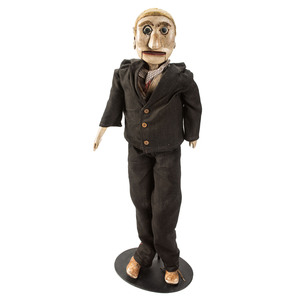 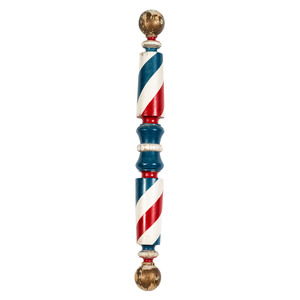 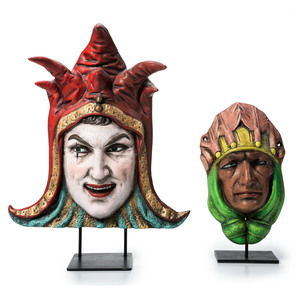 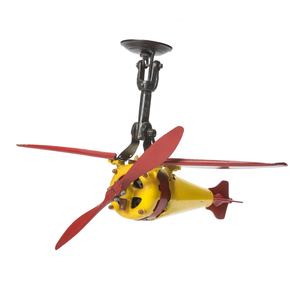 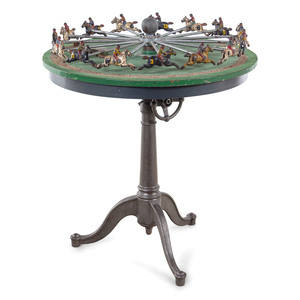 on an associated metal base. 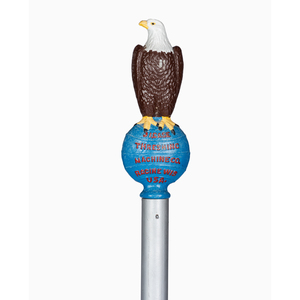